The theme for TedxYouth@EB 2015 was Made in the Future.

Digitizing the World with Drones –  Someday soon, drones will be a common sight overhead as they scan and map the world from the air, the way Google Streetview cars do from the ground. What will we learn when we can measure the planet as easily as we can measure the Web?

Chris Anderson is CEO of 3D Robotics and founder of DIY Drones. He’s the author of New York Times bestselling books, “The Long Tail” and “Free” as well as the new “Makers: The New Industrial Revolution.” From 2001 through 2012 he was the Editor in Chief of Wired Magazine. Recent awards include Time Magazine’s Tech 40: The Most Influential Minds In Technology (2013) and Foreign Policy Magazine’s Top 100 Global Thinkers (2013).

Curing the Incurable –  Ever wonder if a technology could lead to a world without disease? Ever wonder if someday, you could change the color of your eyes or make acne a thing of the past? Well, there is a scientific revolution out there called “gene editing,” a technology that can make changes in your DNA and cells that may be able to achieve all of this and more in your lifetime!

Nathalie Dubois-Stringfellow is a scientist, inventor and program director at Sangamo BioSciences, a leading biotechnology company in the field of gene editing. She works on cures for what have been declared “incurable diseases”.

The Future of AI and the Human Race – What is artificial intelligence (AI)? How do robots work? Will robots deliver an economic paradise, kill us all, or both?

Stuart Russell is a Professor of Computer Science at UC Berkeley. His research, for which he has won many international awards, covers most aspects of artificial intelligence and machine learning. His book “Artificial Intelligence: A Modern Approach” (co-authored with Peter Norvig) is the standard text in the field. He also works on nuclear weapons treaty verification, banning killer robots, and the long-term future of AI and the human race.

The Gamification of Education – Imagine a world where teachers could really understand the way each kid’s brain worked. Imagine that they learn this information from how each kid plays a game.

Emmett Stone, a college freshman at Western Michigan University, is working on a way that allows young people to measure their thinking preferences in a game-like format. While working as an intern at FourSight he took a research-based thinking assessment and gamified it in the virtual world of Minecraft. His creation, still under development, helps kids discover what kind of thinker they really are, and produces insights that might just change the way teachers educate and kids learn.

Stopping Pollution So We Have a Clear Future – Noam Chocron will share ideas that will leave us breathing easier.

Our Future Planet, Is it Enough? – Jordan Cornet explores potential resources beyond Earth.

When I Was Your Age –  Raquel Clydesdale gives a performance based on predictions by Ray Kurzweil.

You Are the Future. What’s Your Story? – Published student author Abbey Richter believes that everyone, including kids, has a story others can learn from.

Express Yourself – Blogger Shiven Sankalia has found an outlet to express himself. You can too. 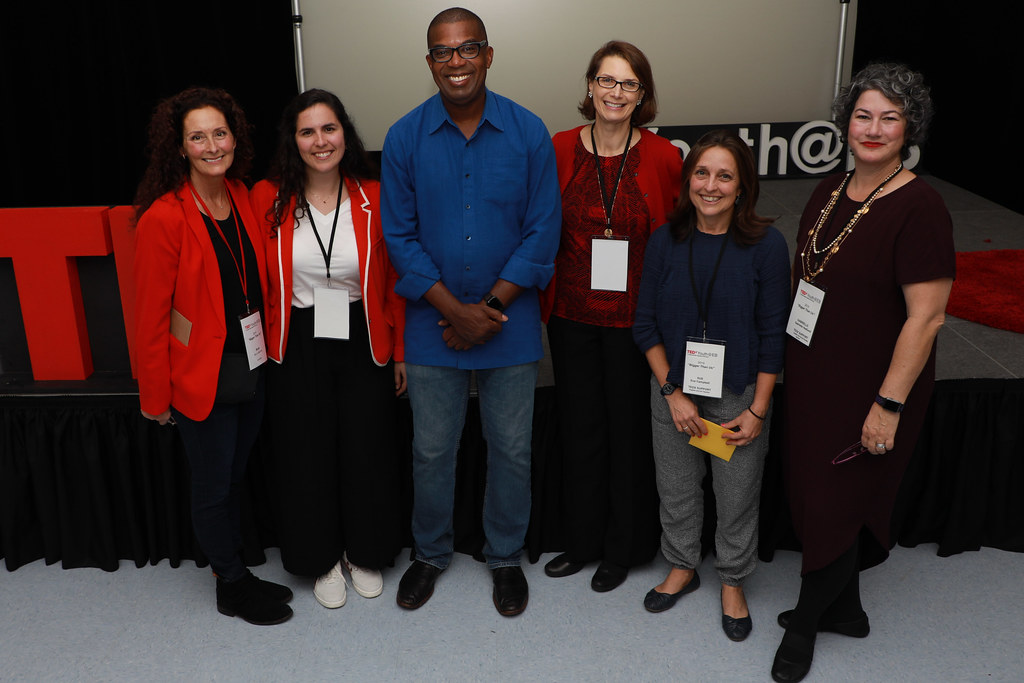